Wesley is affiliated with the South Carolina Conference of the United Methodist Church.

The United Methodist Church is a worldwide body consisting of more than 12 million members in Africa, Asia, Europe and the United States. Members share a legacy of living as disciples of Jesus Christ.

Methodism dates back to the movement started by John and Charles Wesley as a small group at the University of Oxford in England during the first half of the 18th century. John Wesley was a priest of the Church of England. He believed there is no holiness but social holiness. This formed the basis for his active role in promoting social reform, abolitionism and prison reform.

The name “Methodists” was given to Wesley and the group that followed him and his brother Charles because they had a method for everything they did.

Grace was an extremely important concept to Wesley and his brother, and it was crucial to John Wesley’s understanding of God. For John Wesley, grace was the love and mercy given to us by God because God wants us to have it, not because of anything we have done to earn it (Ephesians 2:8-9).

Methodists proclaim that there is one grace, but we experience that grace in different ways or types. The follow types and explanations are frequently associated with Methodism:

Wesley affirmed that everyone is a work in progress, and that every day we are going on to perfection and that perfection itself is the process of sanctification. To learn more about our Wesleyan theological heritage, go to www.umc.org.

The conference invites you to visit its churches and join in being bearers of the Good News of Jesus Christ, so the love and grace of Christ may be made known through us.

The South Carolina Conference is a church of diverse congregations called, united and sent by Jesus Christ.

The purpose of the South Carolina Conference is to make disciples of Jesus Christ for the transformation of the world by equipping its local churches for ministry, and by providing a connection for ministry beyond the local church, all to the glory of God. (The Book of Discipline of The United Methodist Church, 2016 ¶601) 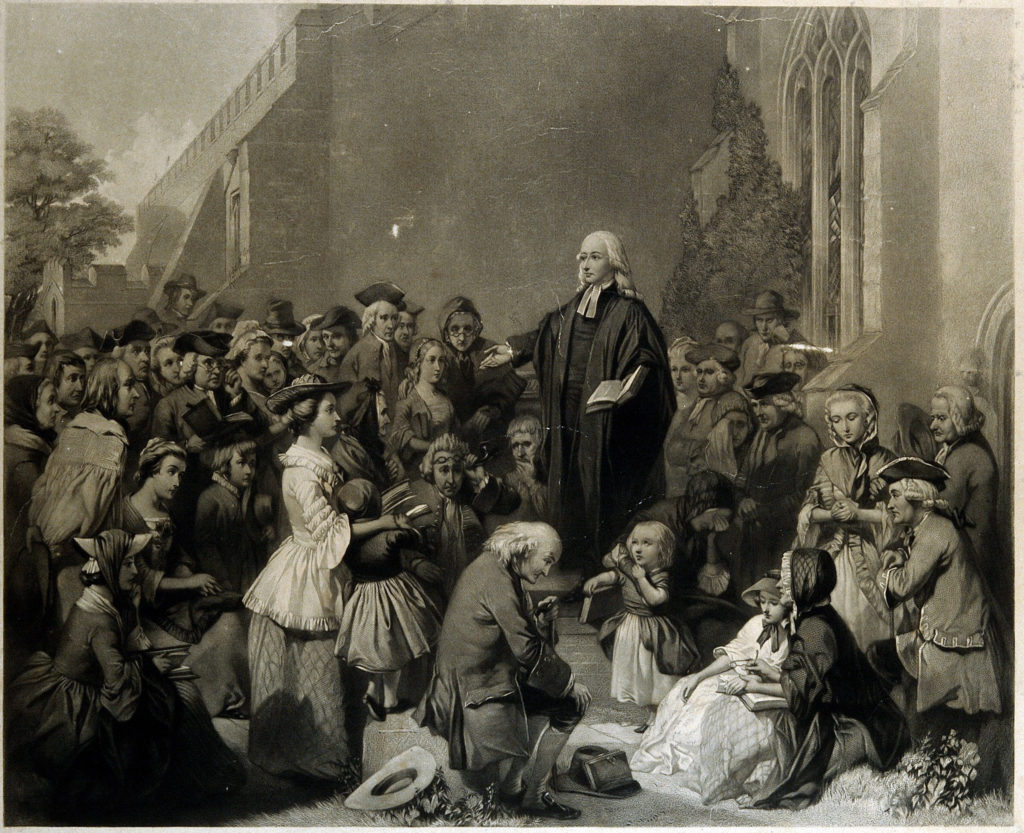 When forbidden from preaching from the pulpits of parish churches, John Wesley began preaching outdoors.