The story of Wesley United Methodist Church in Columbia

OUR PASTORS THROUGH THE YEARS

During the late 19th and early 20th centuries, the Methodist family of denominations split several times over racial issues and otherwise struggled, like the rest of the country, to come to terms with a history of segregation and discrimination.

In 1869, the Reverend J.C. Emerson organized the Columbia Mission, the city’s first Methodist congregation formed specifically for African-Americans, rather than being a part of an established white church. Rev. Emerson became the new congregation’s first pastor. The Columbia Mission initially met in a building on Main Street between Taylor and Hampton. The Mission built its first chapel at the northwest corner of Gervais and Sumter streets – where the state Supreme Court is now located – by 1873.

By 1879, the Columbia Mission had become Wesley Methodist Episcopal Church. In about 1910, the congregation bought the lot at the current location, and built the present Gothic Revival church, designed by noted Columbia architect Arthur W. Hamby.

Throughout it all, Wesley continued to open its doors and its heart to people who dreamed of justice and equality, and grew to be an important part of the local community.

During the civil rights protests of the 1960s, Wesley served as a meeting place and training ground for activists and demonstrators.

While still predominantly African-American, Wesley has begun to have a more diverse membership that reflects the denomination as a whole. Over the decades, Wesley has not only guided the spiritual formation of generations of members, it has been a source of help and hope for the hungry and needy, and provided a safe haven for those seeking acceptance and inclusion across racial, socio-economic and other differences.

Since its founding, Wesley has had 44 pastors, seven of whom were selected to serve as District Superintendents.

Today, our ministries are focused on growing spiritually, living faithfully and providing service to others. Wesley’s commitment to mission, service and evangelism is demonstrated through the Food Pantry, the Manna Station, Kairos, Epiphany, Salkehatchie and our support to the Bethlehem Community Center (BCC). The BCC is currently housed in the McRae Street facility, the former home of our Village of Hope ministry. Our food pantry is an ongoing, vibrant ministry. However, April 2019 marked the culmination of our Manna Station project, wherein we provided food for the body and spirit the first Saturday in each month. Manna Station has evolved and is now the umbrella for our overall food ministry, which includes the food pantry, our church-school partnership and the Ronald McDonald House.

Wesley will continue to hold true to our Vision and Mission statements:

OUR VISION – A world that knows and lives the love and hope of Jesus Christ.
OUR MISSION – To make and nurture disciples of Jesus Christ for the transformation of the world. 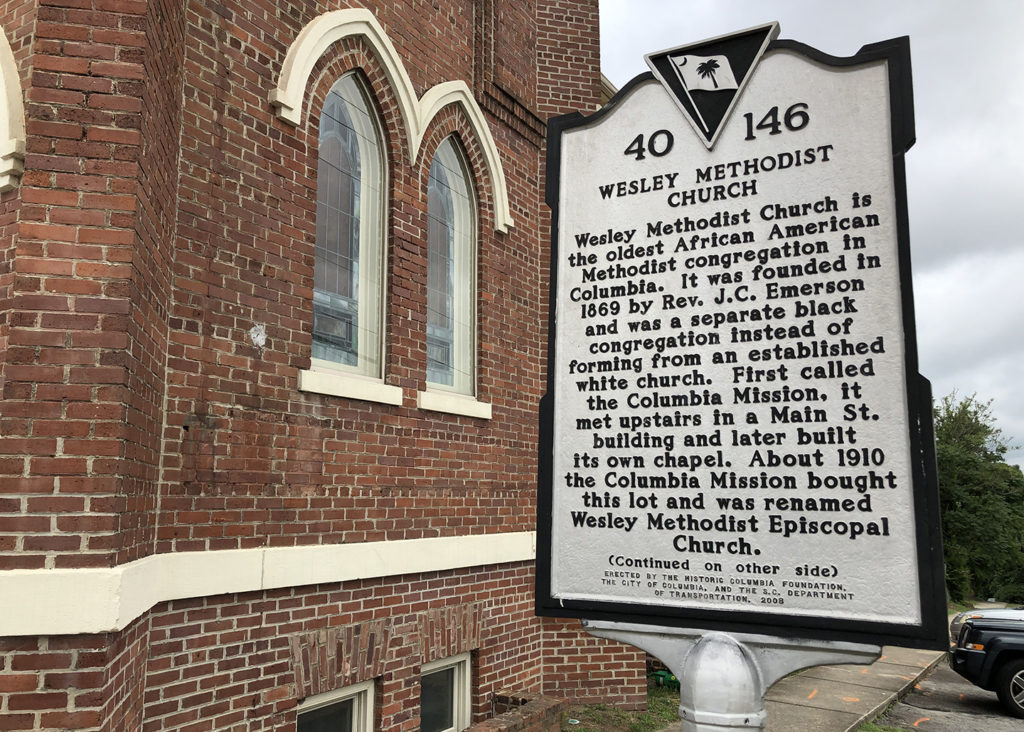