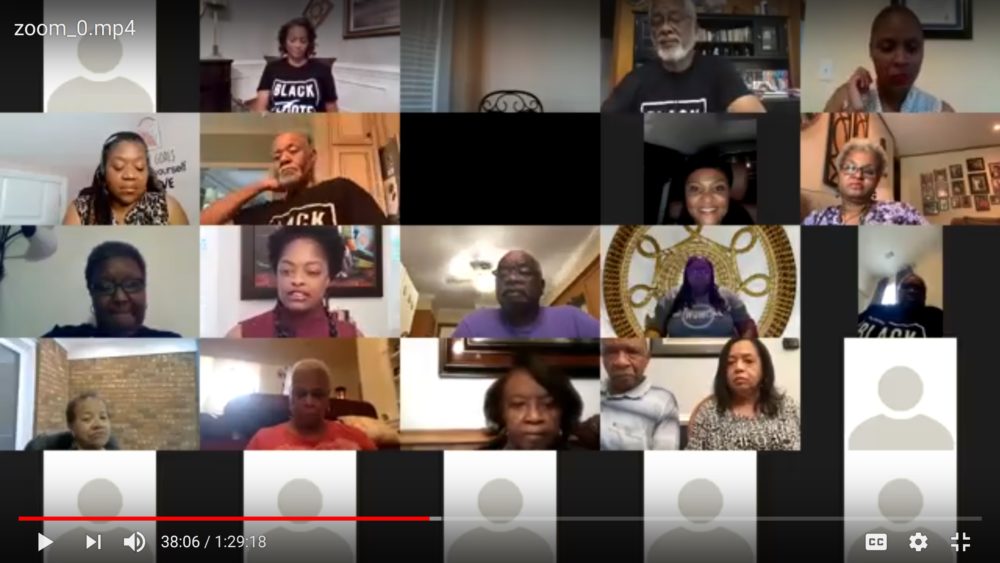 Black women (and men) need to get out and VOTE

The men of Wesley have begun a series of conversations on critical issues of the day bearing on social justice, from the coronavirus to George Floyd.

But that doesn’t mean women have been left out. In fact, the Zoom forum on Sept. 12 was all about women — specifically, black women — as voters. Even if you missed it, you can still watch it.

A century after women were first granted the right to vote, there is no question that they play a critical role in our electoral decisions, across the country and here at home.

In fact, when The Washington Post recently looked at the role of black women in American politics, they led off with the voice of Columbia’s own Bernice Scott, who was among the army of supporters who turned the Democratic Party’s nomination process around and handed it to Joe Biden — right here in South Carolina — on Feb. 29. The Post reported:

As the country is shaken by protests against racial injustice and a president whose racist remarks are contributing to his low approval ratings, black women are not just the country’s most consistent voters — they could be among the most coveted. Headed into November, several black women voters, organizers and activists say this could be the year they are finally valued — not just for their output, but for their input.

So on Sept. 12, Wesley pulled together several distinguished black women to inspire the rest of us to rise to our responsibility as citizens.

As the Honorable Veronica G. Small, municipal court judge in the city of Charleston, said during the forum,

This time, more than ever, we need to come out to vote.

Yes, we do. And that’s why we’ve created a page here on the Wesley website to help everyone do exactly that. Whether you vote absentee ahead of time, or wait for Election Day itself, don’t let Nov. 3 come and go without making your voice heard.

And that goes for you men, too!