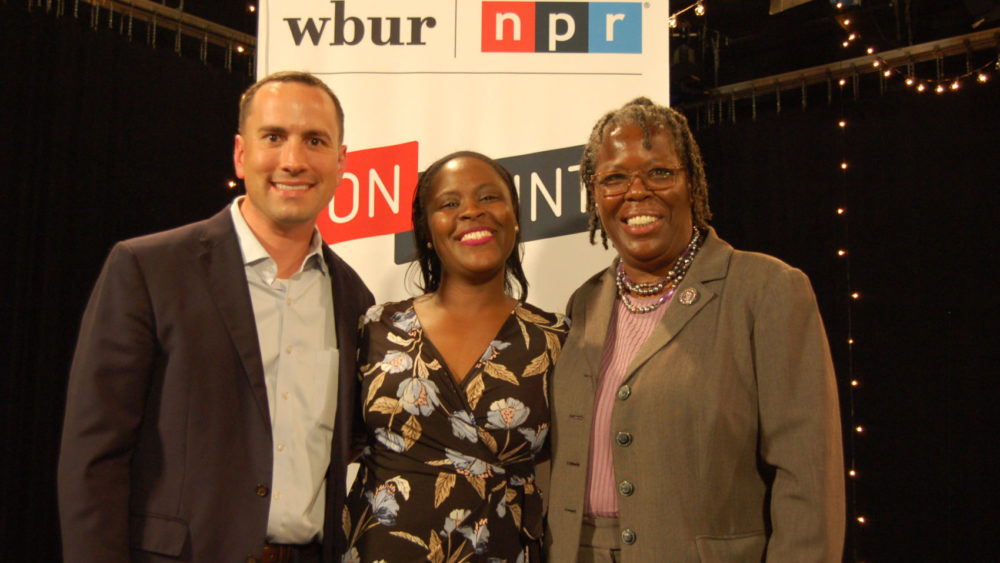 On Jan. 2, a national radio audience heard a message of hope from our own Rev. Tiffany Knowlin Boykin.

On that day, National Public Radio’s “On Point” – a production of WBUR in Boston – presented a special program titled “Turning The Page To 2020, With Some Of Our Favorite Guests From 2019.” And one of those favorite guests was Rev. Tiffany!

She had appeared previously as a member of a panel for a show “On Point” did here in Columbia in October, along with Democratic State Rep, Gilda Cobb-Hunter, former state Republican Party chair Matt Moore, and S.C. Public Radio reporter Gavin Jackson.

On that occasion, Rev. Tiffany spoke about the concerns she was hearing from members of the Wesley family, about renewed racial tensions and the divisions tearing the country apart.

On her return appearance, she shared more of a message of hope going forward.

First, she shared her excitement about the new family member she and husband Kareem were expecting (since then, they welcomed their new son, Kaleb Jackson Boykin!).

Not that there were no causes for worry. She admitted that she was “maybe a little anxious, as any new parent would be.” And she said she was “not oblivious to what’s going on in the nation… I am not super optimistic that Trump will not be re-elected as president.”

But beyond that, she was filled with hope.

“I know that for me, as a person of faith, and particularly as a pastor, it’s a part of my responsibility…to remind people that my faith and my hope and our optimism is not limited or rooted in a political system or any one leader,” she said. “Our hope is in things eternal.”

She said she believes “that God is going continue to raise up people who are honest, and people who believe in integrity, and people who honor life, regardless of race, or gender or age or socioeconomics, or sexual orientation.”

That hope begins in communities, whoever the leaders are, she said. “That’s what matters. Things like what we do with our food pantry.”
That’s what is going to “transform our nation.”

“That’s where it begins, that’s what matters.”

And if you’d like, go hear her previous appearance on the show here.